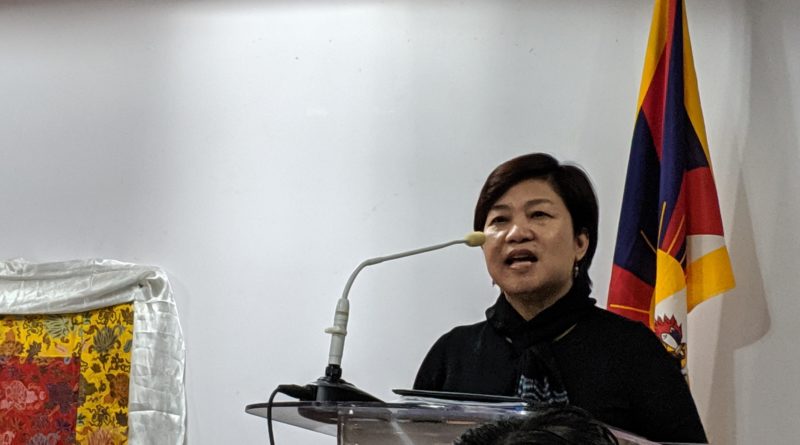 This article is a translation of the screen captures, for reference only. Please refer to the author of the original posts for their original meaning.

Beijing University legal scholar Song Po accused a Canadian group that has been helping Hong Kong protesters for fraudulence. According to his Facebook post, donations from Hong Kong have been misused by someone in Canada, and the specific group tried to raise fund publicly (He changed to the wording to ‘semi publicly’ in a later edition). Then he went on to criticize how the human right group tried to seize the right to speak in the Canadian-Hong Konger community, and turn it into bargaining counters in political deals of a political party in Canada.

He claimed that it is very hard to apply for refugee status in Canada, and helping Hong Kong protesters to seek asylum in foreign country is illegal. He also questioned whether the refugee can have free health insurance, free education, free housing, and also apply for work permit.

1. He neither specifies a particular group, nor refer to the Movement for Democracy in China (Calgary) .

2. The Taiwanese government did help HK protesters in seeking refuge.

3. “Helping protesters to leave” must not be said.  And this is what Song Po and his allies would never do. Leaving homeland is out of protesters’ own free will, the others can only help them after they land foreign countries.

4. Some “self-proclaimed parents” [those who help protesters] who work alongside Movement for Democracy in China (Calgary) are scammers. He suspected another group has misused the donated fund.

5. Some protesters in Calgary need to escape again.

6. Canada’s refugee policies are rich in content, but the country is not heaven.

Three days later, Song Po posted his second article. He clarified the group that was previously mentioned is NHKCC (New Hong Kong Culture Club), and some members of NHKCC have connection to CP–PPI–HKR (Civic Passion –  Proletariat Political Institute –  Hong Kong Resurgence, this alliance no longer exists since 2016 SEP ). It is easy to verify the accusations against NHKCC through telegram groups, lihkg.com.  Song Po added that he received private messages and also additional information through personal source. The accusations are about using the fund of other protesters to aid the protester “little driver” and his girlfriend, and these 2 people did not participate in front-line protests.

Song Po’s accusations fell into 4 categories, and all of them hinted at what Canada Hong Kong Link chair-person Gloria Fung has done.

1. Fail in helping protester to escape HK and live in other countries:

HK protesters seeking asylum in 2019 was nothing new, it happened in 2017. A localist leader left Hong Kong in 2017 because of Fishball Revolution (the Mong Kok protest in 2016) and met many veteran human right groups in Canada, including CHKL’s Gloria Fung. Fung offered to help initially but nothing came out of it. It made the application of refugee status of this leader very difficult. Gloria wavered in her decision because she was afraid of being accused as “teaching and helping fugitive to escape”. She was hesitated of using new and high costs method. Three years later, the same scenario happened. At the beginning, she objected to help protesters escaping as they should stay in Hong Kong and use legal method to solve the problem. After witnessing the success of the other group, and how it received financial support, she became a copycat and took the imitative to help protesters to seek asylum in Canada, but the application failed. It not only harmed the particular applicant, but also increased the difficulty of seeking asylum for the others. As a veteran human right group CHKL has accomplished little and is capable of sabotaging in the near future. Fung concealed the truth to Song Po, mingling with her personal emotions, and thus escalate the current situation.

Song Po did not fact check before accusing the others, and in the process he has ruined the reputation of other allies and sowed discord among protesters. Who would be the most satisfied with this development?

2: Hong Kong’s funds have been misused
Fung has handled the accounts without transparency. CHKL is a non-profit organization but it is not a registered charity under CRA. When Szeto Wah from HKASPDM (Hong Kong Alliance in Support of Patriotic Democratic Movements of China) was alive, CHKL and other Canadian Hong Konger groups were its foreign base of operation and funding. After the death of Szeto, there has been no record left about usage of funds. In these years, Fung is the only leader of CHKL; there are no official rules and regulations, or even meeting minutes. Even members of CHKL are unaware of the exact amount of monetary support. There are so many social movements in the past years, hence numerous opportunities for fund raising. It is a concern trading fund may be used with a lack of transparency. For the anti ELAB movement, CHKL organized a forum named “Facing China’s Sharp Power: What Can We Do” and Mr. Zunzi was invited. Mr. Zunzi drew some art works for CHKL’s fundraising sale. However, the usage of said funds remain a mystery. One of the objectives of the Anti-ELAB is the pursuit of truth.  As one of the leading figures who supports the movement, Fung should disclose the accounting information of CHKL.

3. Someone has been promoted by a human right group. This particular group is intended to have discourse power in Canadian Hong Konger community, and turn it into bargaining counters in political deals of a political party in Canada.
Who has this discourse power among human right groups? Such dictator is afraid of the younger generation opening up dialogues and introducing democracy to its own group.  For more than 20 years, Fung have suppressed other local Hong Kongers’ groups, posing as a key democratic leader in the Canadian Hong Konger communities, including but not limited to Global Support for Hong Kong, Proletariat friends in Ease Canada, Torontonians Stand with Hong Kong, Ottawanians Stand with Hong Kong, Alliance Canada Hong Kong, New Hong Kong Cultural Club, HK Concern. Many groups are suppressed by Fung, and it is hard to list all of them.
For years, Fung has suppressed others from the democratic camp and targeted dissidents. She libeled “Global Support for Hong Kong”, a group that formed after the Umbrella Revolution, for being controlled by CCP in her channel “Late Day News”.
Just after “Torontonians Stand with Hong Kong” opened their Facebook Page, the partisan of Fung opened another group called “Torontonian Support Hong Kong Action Group”.  The latter misled the media including Epoch Times that it is the organizer of an event by “Torontonians Stand with Hong Kong”.
“Proletariat Friends in East Canada” refused to be controlled by Fung who then instigated her followers to accuse PFEC “for receiving money from CCP”.
Information source confirms that Song Po is acquaint to Gloria Fung. Fung always joins Song Po’s YouTube channel, and Song Po also attended the forum organized by Fung as a guest speaker last year. As Song Po falsely accused the other Canadian Hong Konger groups, he is helping Fung to suppress them and have a stronger voice in the community. Moreover, Song Po blocked users and deleted his original message from his FB page after libeling exiling protesters’ support groups as scammers. It is outrageous that he disclosed the route of escape to Canada which jeopardizes the safety of protesters who may otherwise be “committed suicide” or become floating dead body.  In the earlier days of the movement, many groups wanted to rescue protesters and help them seek asylum in Canada. However, Fung deemed that as useless. As a result, not many were rescued before border closure of Canada. Bodies of unknown protesters were being buried at Sandy Ridge Cemetery. Their blood is on the hands of Fung and Song Po. Their spirits may take revenge on the police first, but you two are next.  Many brave front liners are localists (homeland defender in the Hong Kong context) and they may stick out like a sore thumb to the Democrats. Yet it is unthinkable for them to be treated in such way.

4. From the above, it is obvious that helping Hong Kong immigrants is not the top priority of Fung. Posing as a prominent leader of Hong Kong decent in front of the media, Fung denies other groups of political discourse. In the past 25 years, Fung has failed as a democratic leader to unite and mobilize the Hong Kongers which is now being overpowered by the mainland China community.

Fung would never do: 1) anything with political costs 2) anything without benefits 3) anything not for her personal gains.
In summary, her events are like “having a rally, singing, dismissing and eating a meal afterward, while her actions include “splitting up Hong Kongers, silencing dissents within the democratic camp, prolonging the movement for fundraising”. Calling herself as an anti-CCP activist, her actions aid the CCP in some ways, making one wonder whether she has any connection with the Chinese consulate.

In these 25 years, Chinese have actively joined different political parties in Canada which empowers their community. Fung adheres to “Hong Kongers should not join any party”.  She prevents Hong Kongers from integrating to the mainstream society and from empowering themselves in Canada, taking away their discourse power. Fong is stumbling block for Hong Kongers who wish to establish their foreign power.
Fung have committed many failures.  How can she face the martyrs of Tiananmen and HK Sandy Ridge Cemetery? She should resign as CHKL chairperson immediately, and tarnishing the reputation of the community built by Szeto Wah. She is a sinner through the ages that has sabotaged the solidarity of Hong Kongers, Canadians, Taiwaneses, Australians, and every oversea anti-CCP groups. 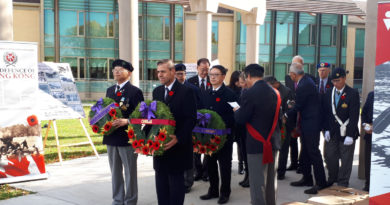 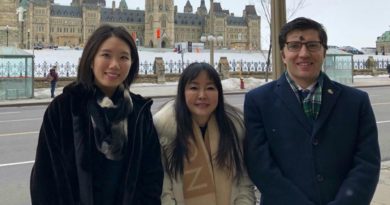 港政治檢控有望獲關注 HK’s political persecution may be concerned by the House