1. Empathetic Compassion in Christianity and Buddhism

Similarly, Buddha states, “Just as a mother at the risk of life, loves and protects her child, her only child, so one should cultivate this boundless love, to all that live in the whole universe” (Sutta Nipāta 1.8, trans. Laurence Khantipalo Mills 2015).

Samantabhadra Bodhisattva also says, “When I regard all sentient beings, I find no distinction between the other and the self, and experience great compassion for all as one” (The Compendium of the Yoga Chanting Tantra of Samantabhadra Vajrasattva).

2. Non-killing in Both Faiths

The Sixth Commandment is “Thou shalt not kill,” (Exodus 20:13 KJV). In the exact Hebrew it is “lo tirtzach”. According to The Complete Hebrew/English Dictionary by Dr. Reuben Alcalay (1996), one of the greatest scholars of Hebrew/English linguistics in the last century, “lo” means “thou shalt not” and “tirtzach” refers to “any kind of killing whatsoever”, not just homicide.

Likewise, the first precept of Buddhism is non-killing:

“Let him not destroy, or cause to be destroyed, any life at all, or sanction the acts of those who do so. Let him refrain even from hurting any creature, both those that are strong and those that tremble in the world” (Dhammika Sutta Sn 2.14, Sutta Nipata II:14(19))

3. Meat-eating is Condemned in Both Religions

In Ezekiel 34:1-10 (The Greek Septuagint Bible), God reprimands the shepherds:

“You drink the milk, wear clothes made from wool, AND SLAUGHTER AND EAT THE CHOICEST SHEEP – never caring for the sheep…I, Lord Yahweh, declare that I am your ADVERSARY… I WILL RESCUE MY SHEEP FROM YOU AND WILL NOT ALLOW YOU TO EAT THEM.”

In Leviticus 17:10 KJV, God asserts, “I will even set My face against that soul who eateth blood and will cut him off from among his people.”

In fact, God prescribed a vegan diet to Adam and Eve upon creating them: “And God said, Behold, I have given you every herb bearing seed, which is upon the face of all the earth, and every tree, in the which is the fruit of a tree yielding seed; to you it shall be for meat.” (Genesis 1: 29 KJV)

“My disciples, you should not intentionally eat meat. The consumption of meat is entirely unacceptable, as doing so will cut you off from the seed-lineage of great compassion. Whenever sentient beings see you, they will avoid you. Therefore, all bodhisattvas cannot eat the flesh of sentient beings. To eat meat is to invite countless sins. In eating meat, one commits countless violations” (Brahma’s Net Sutra, Minor Precept Number 3, trans. Charles Muller 2018).

“How then, after my nirvana, can you eat the flesh of living beings and so pretend to be my disciple? You should know that those who eat meat, though their minds may open and realize a semblance of Samadhi, are but great raksasas who, after this life, will sink back into the bitter ocean of samsara and cannot be my disciples. They will kill and devour one another ceaselessly; how then can they escape from the three worlds of existence?” (The Surangama Sutra (Shurangama, 大佛頂首楞嚴經)

4. Both Jesus and Former Incarnations of Buddha Sacrificed themselves for Animals

When Jesus drove out from the HolyTemple those vendors who were buying and selling animals for cruel sacrifice (Matthew 21:12), he offended the chief priests and teachers of the law, for the reason that he was disrupting their revenue stream. Immediately afterwards, “the chief priests and the teachers of the law heard about this and began looking for a way to kill him, for they feared him because the whole crowd was amazed at his teachings.”(Mark 11:18)

In order to overcome the Fall, wake us up to the gruesomeness, perversity and sinfulness of meat-eating, and lead us back to vegan Eden, Jesus Christ went up the cross. To borrow the words of Erwin (2010), “the horrifying image and the symbolism of the crucifixion, the bloody torture and agonizing murder of the sinless son of God seems to mirror” the merciless slaying of many an innocent animal in the slaughterhouse.

4.2. Buddha Feeds Animals with His Own Flesh!

Correspondingly, according to Damamukanidana Sutra (Sutra of the Wise and the Foolish, trans. Stanley Frye 1981), Prince Mahasattva, a former incarnation of Buddha, encounters a starving tigress who is ready to devour her own newly born cubs. The bodhisattva reflects that his body is just so much flesh as the tradition states, and by giving it up, he can save the tigress’ purity and her cubs’ lives. He, therefore, slits his throat with a piece of wood and allows the tigress to drink his blood and then devour him completely, thus rescuing both the mother and her cubs.

Further, according to the Jatakas, King Shibi, another one of Shakyamuni Buddha’s past incarnations, cut off his own flesh in place of a pigeon to feed an eagle who was chasing the pigeon. Shibi ended up giving it the flesh of his entire body to eat, and even then the eagle still was not satiated. Although the eagle never did get full, the King was perfecting his own Bodhisattva conduct. That was just one instance in which Buddha was more concerned about protecting the life and wellbeing of an animal than that of his own.

Chen, Chapman (2021b). “Which One was Vegan? Cain or Abel?” HKBNews, July 27 (https://www.hkbnews.net/post/which-one-was-vegan-cain-or-abel-by-chapman-chen-hkbnews)

Frye, Stanley, trans. (1981). Sutra of the Wise and the Foolish. Dharamsala: Library of Tibetan Works and Archives. 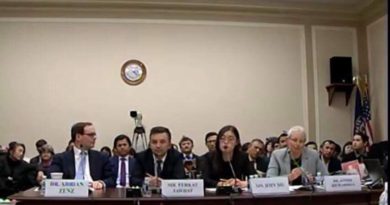 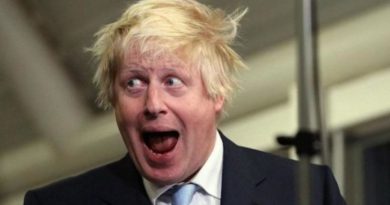 英相莊臣入深切治療部 Boris Johnson has been moved to intensive care