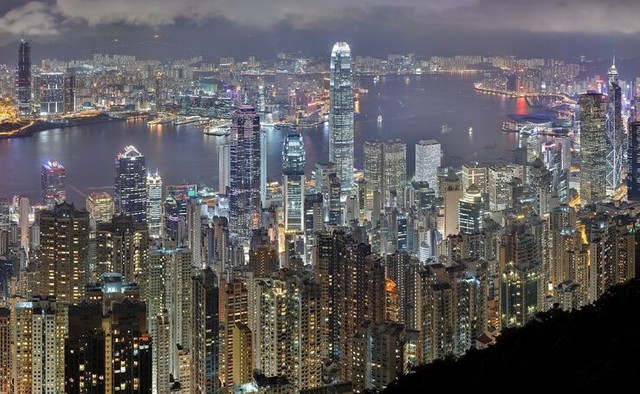 Summary: In January, the Hong Kong Monetary Authority and the Bank of Thailand published a report (1) on the application of blockchain or distributed ledger technology and central bank digital currencies on cross-border payments. The Hong Kong Bank and ZA Bank, a virtual China-capital bank, are involved. Meanwhile, the Hong Kong Institute of Bankers (HKIB) onboarded 6 digital banks. When Hong Kong cash is completely replaced by digital HKD, the HK Government can confiscate any dissident’s money with just one click; and the CCP may even appropriate all of Hong Kong’s foreign currency reserve and all HongKongers’ bank savings when China is in a financial crisis. China already launched a digital Yuan in April. Let’s face it — the whole world is headed for a global digital economy, just that China is enjoying the first mover’s advantage in the space. The decentralized, permissionless, and disinflationary Bitcoin is now the only antidote that can counteract digital fiat currency, esp. the digital RMB; and urgent, extensive adoption of uncensored blockchain networks by the free world is the only solution to China blockchain hegemony.

On January 22, The Hong Kong Monetary Authority (HKMA) and the Bank of Thailand published a research report of the Project Inthanon-LionRock, by the two central banks on the application of blockchain or distributed ledger technology (DLT) and central bank digital currencies (CBDCs) on cross-border payments. Currently, the banks that are involved in the project are the Hong Kong Shanghai Banking Corporation Limited, and ZA Bank, a virtual bank that is licensed by the HKMA, and formerly known as ZhongAn.

According to BusinessTimes editorial of 2020.04.10, virtual banking seems to be Hong Kong’s proactive preparation of developing Central Bank digital currency. “It is not difficult to predict that following digital currency’s accelerating approach, paper money will be getting farther and farther away from us,” the editorial concludes (2).

In November of last year, HKMA committed to a Memorandum of Understanding (MoU) with a People’s Bank of China (PBoC) subsidiary. The MoU involves supporting the development of a proof-of-concept for a trade finance solution beginning during the first quarter of this year. The initiative aims to link two ongoing projects, which include the HKMA’s eTradeConnect and the PBoC-backed trade finance platform.

According to Bloomberg (April 15), China’s Central Bank has just launched a pilot digital Yuan to replace cash in 4 cities, using blockchain, the technology behind Bitcoin. For instance, in Xiang-cheng, Suzhou, all employees will have to download a state-controlled digital wallet by May and all wages will be paid in digital Yuan from then on. On 2017-03-02, Alipay proclaimed that it aimed at making China a cashless society in five years’ time.

The HK Govt can Confiscate your Assets with 1 Click

When Hong Kong cash is completely replaced by digital HKD, every penny spent by you will be scrutinized and censored by the CCP, and the Communist Hong Kong Government can confiscate any dissident’s monetary assets with just one click. In fact, last week,  Hong Kong Secretary for Security John Lee Ka-chiu pushed for prosecution of Hong Kong revolutionaries by way of Anti-Terrorism legislation, which empowered the government to freeze suspects’ property.

Trojan Horse in your Wallet?

They can also restrict the amount of any particular commodity you can purchase (e.g., you may be allowed to buy one tael of rice every month), and the kind of shops you can frequent (you may be disallowed to frequent certain high-class restaurants and hotels). Moreover, a spyware may be implanted in the digital wallet and/or ledger so that anybody, not only Chinese and Hongkongers but Westerners, who transact in digital RMB, will be affected and subject to surveillance by the CCP.

The CCP can Appropriate All HK Reserve in a Split Second

The CCP may even appropriate all of Hong Kong’s foreign currency reserve and all HongKongers’ bank savings in less than one second, especially when China is in a financial crisis. On August 5, 2019, when HSBC announced the surprise departure of chief executive John Flint after 18 months in the job, it began to be rumored that The Hong Kong Monetary Authority had loaned its US$400 billion foreign currency reserve to mainland China through currency swaps and had not received repayment. HKMA denied and claimed that the currency swap was aimed at boosting short-term liquidity and supporting the offshore yuan market in case there is a shortage in the settlement system.

Admittedly, one of the findings from the Inthanon-LionRock study concludes that due to the highly efficient and trusted retail and wholesale payment infrastructures in Hong Kong, there is not an urgent need for a CBDC at both the retail and wholesale levels. But the HKMA may change its mind any moment upon receiving Beijing’s order.

Let’s face it — the whole world is headed for a global digital economy, just that China has already appropriated the blockchain technology and launched the first digital fiat currency, while neither the USA not Europe has yet launched such a comprehensive blockchain infrastructure consortium. While Huawei has been rejected by America and many Western countries for security reasons, BSN (Block-chained Service Network), coupled with digital Yuan is now an even more powerful plan to infiltrate and control the entire world in practically all domains. As a result, China is enjoying the first mover’s advantage in the space.

The Bank for International Settlements (BIS) on March 1 issued a report arguing in favor of central bank digital currencies (CBDC) and digital payments amidst the covid-19 pandemic. The bulletin published by the BIS, a 600-member financial international institution representing the central banks of 60 countries, urges central banks to consider developing CBDCs in light of concerns regarding the spread of the coronavirus through existing payment methods.

On April 23, a letter from eleven Members of Congress, led by Rep. Darren Soto, to the Secretary of the Treasury Mnuchin was made public that urged Secretary Mnuchin to use blockchain for providing COVID-19 stimulus checks to Americans, and not to lag behind China in terms of blockchain application.

Meanwhile, the Bank of Japan aims to accelerate research on digital currencies in cooperation with foreign central banks, amid rapid changes in financial technologies, the Japan Times reported on Jan. 23.

On April 6, The Bank of Korea (BOK) launched a new pilot program for a central bank digital currency (CBDC) amid concerns other nations could take the lead if it sits on the sidelines.

Frankly, any digital fiat currency, be it by China or a democratic government, is by definition centralized and inflationary. In other words, it is controlled by the government and/or the central bank, and can be issued without a ceiling, so that the individual’s privacy and property are not well guaranteed. The decentralized, permissionless, and disinflationary Bitcoin is now the only thing in the world that can counteract digital fiat currency, especially the digital RMB; and urgent, extensive adoption of uncensored blockchain networks by the free world is the only solution to BSN hegemony (3). Nobody can freeze your Bitcoin account because of your political stance. Indeed, in December, last year, Hong Kong Police froze USD9 million raised by the HK organization, Spark Alliance, to support Hong Kong activists charged by the authorities, and arrested four persons.

Further, unlike any fiat currency, Bitcoin is disinflationary for its maximum possible supply is only 21 million, 18 million of which are already mined.

As noted by crypto analysts Moon Carl on Twitter on May 3, and Mati Greenspan on April 26, the annual inflation of Bitcoin (BTC) will fall from 3.65% to 1.8% once the halving happens on May 12. The global annual inflation rate for 2019 was 3.41%, and is approximately 3.56% so far for 2020. Once the halving happens, Bitcoin will have a rate both lower than the global average and that of gold — approximately 2.5% at the time of press. 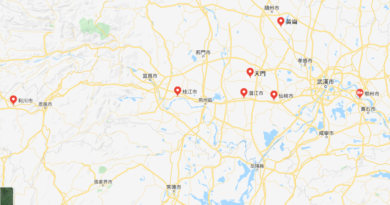 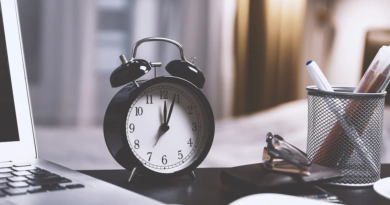 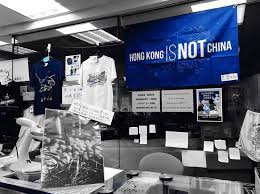