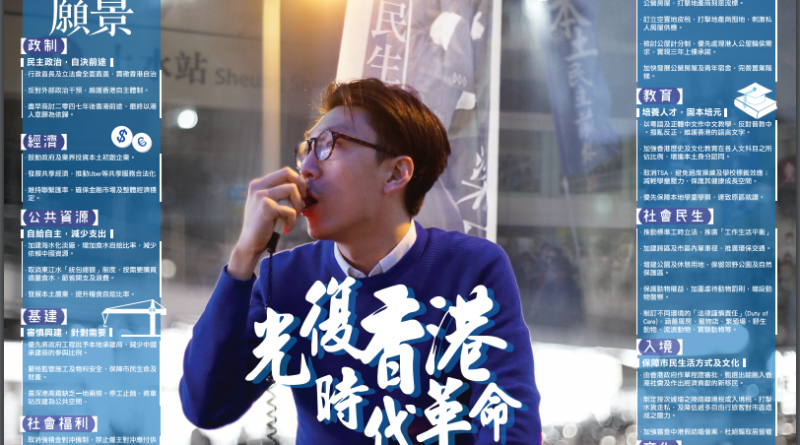 Since the protest 2019, the slogan “Liberate Hong Kong, Revolution of times” became famous in the world. It is not newly created in 2019, but the election slogun of “Hong Kong Indigenous”‘ spokesman Edward Tin Kei Leung. Now Edward is in prison since political prosecution, and different people the Pan-Democratic camp of Hong Kong already interpret his slogan in a Roland Barthes “The Death of the Author” way. As an election volunteer who explain the slogan “Liberate Hong Kong, Revolution of times” day by day, I cannot stand this slogan misinterpret by the others. Let me explain the meaning behind the slogan on behalf of myself. (Only Edward Leung and Ray Wong can do it on behalf of HKI.)

Liberate Hong Kong: get rid of the colonizer

Like the famous “3 years and 8 month”, which Hong Kong was colonized by Japan in World War II; and now Hong Kong has already colonized by China over 23 years. It is said that United Kingdom colonized Hong Kong, and Hong Kong decolonized and “return” to China. It’s just a nominal myth. For the real situation, before 1997, every governor fought for Hong Kong and against British’s will; after 1997, every Chief Executive (same as governor) fought for China and against Hong Kong citizen’s will. Who is the colonizer? That’s the one Hong Kong citizens sacrificed their lives to fight against.

Revolution of the Times: get rid of the seniors

Many misinterpreted the part “Revolution of the times”, it was due to the election team didn’t use the term generation. If they used generation, it’s mean that they regard the elderly as enemy. It is not fit their meaning and not good to the election.

In Hong Kong, those baby boomers didn’t retired and hired the youngsters in extremely low salaries since the competition from China. In case Hong Kong youngsters can no longer build their families, hence Hong Kongers face extinction. It is necessary for youngsters to fight against the baby boomers and get the reasonable salaries, and take back their future.

It is unfair that blame on all baby boomers, some of them care about the backbone of Hong Kong’s future. That’s why they say “Times” instead of “Generation”.

In this sense, Pan Democratic in Hong Kong is form of baby boomers, and they are the one who block the way of Hong Kong’s protesters against China. They dominated the seats in parliament, donation funding and tried to claim down every protests.

Yes, this slogan is to block those Pan-Democratic politicians since the protester do know they only care the seats and fail to fight for Hong Kong.

For those protesters use this slogan, who are mainly before 40s, they called themselves localists. They word “localist” in their dictionary means homeland defender. They are the local people who fight against the colonizer. No matter Hong Kong’s indigenous, Chinese, Pakistanis, Thais, Vietnamese, Japanese, Koreans or whites, they are all Hong Kongers. Although the main claws of the colonizer is the mainland Chinese, many Chinese who grew up in Hong Kong fight against China to defend Hong Kong. It is unfair to discriminate, so “local people” is more accurate.

The History of HK localists

We need to talk about some history of Hong Kong’s localists protests in order to distinguish localists. All Pan-Democratic protests are walk from the starting point and shout out the slogan, then dismiss at the ending point. They only care the donation receive during the protest and never success to stop the evil policies of the government. The main supporters of them are the middle age to elderly. It may result from these kind of “protests” are easy.

The youngsters seek for success, and tried different ways. They often stay at the ending point after the walk ended. Then the police tried to catch them. In 2012, they tried to occupy the Central. Every time the police used “smart violence”, like grasped the protesters tightly and leads the protesters resist, then prosecuted them with “assaulting police”. Also, some spies from police disguised as protesters, and caused chaos when the media came.

Besides stay after the walk, they used Chinese Communists Party’s slogan to blame Chinese visitors. For example, when the Chinese visitors are shopping, the show the board and said the slogan loudly:”Buy Chinese goods but not the foreign one!” In 2014, the localist use umbrella to shield themselves from pepper spray, and took the Mong Kok occupied area back from the police. In 2015, they kicked the luggage of the smugglers. In 2016, they threw the bricks to get the way out after the polices shot the gun.

The families of localists

There are 2 fathers of the localists. The first one is Wong Yuk Man. His media “Myradio” nurtured many localist party leaders. Wong Yuk Man himself founded 3 political parties, 2 of them are the frontier of Pan-Democratic, and the “Proletariat Political Institute” is the localist one.
Another one is Wan Chin, the author of “On the Hong Kong City State”, the bible of the localists.

It is very strange for a political party like “Demosisto” (founded by Joshua Wong) claim themselves “localists” while they did not fight against the police at the front line nor related to the Myradio, nor practice the concept of “On the Hong Kong City State”.

I hope this articles helps to know what is HK localists and their slogan “Liberate Hong Kong, Revolution of the times”. 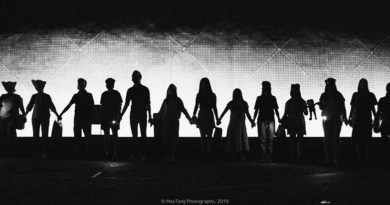