Jesus said he came “not” “to be served, but to serve” (Matthew 20:28 NIV), and he told us to be “servant of all” (Mark 9:35 NIV).  No wonder English theologian Revd. Prof. Andrew Linzey  (1995) argues that Jesus wants us to be “the servant species”. The recipients of our Christ-like service must include both animals and humans, because 1. God suffers in all suffering creatures; 2. Christ always sided with the marginalized; 3. Jesus died at least partly for animal liberation; 4. What Jesus experienced as an individual on the cross represents “incarnation of God’s ubiquitous presence in the psyches of all creatures victimized by predation, injustice, or despair” (Peters 2018), and via His resurrection, all the groaning creatures are offered hope of redemption.

“God Suffers in All Suffering Creatures”

Jesus Sided with the Marginalized

Secondly, Jesus always took the side of the downtrodden and marginalized. And who would be more marginalized and downtrodden than the trillions of animals who are crammed into small cages, tortured, exploited, raped, abused, humiliated, and slaughtered every year?!

Admittedly, many animals, like cows and horses, are physically stronger and much more agile than humans. But, in the face of humans’ guns, electric rods, trucks, and, above all, cunningness, the animals are simply helpless. Now, the weakest amongst us are deserving of more, not less, moral concern (cf. Linzey 1995). “The King will reply, ‘Truly I tell you, whatever you did for one of the least of these brothers and sisters of mine, you did for me” ( Matthew 25:40 NIV).

Examples of Jesus siding with the marginalized, both human and non-human, are plenty. Indeed, Jesus inaugurated his public ministry by citing Isaiah’s liberating promises to the poor, the captives, the blind, and the oppressed (Luke 4:18).

Jesus ate ” with tax collectors and sinners” (Matthew 9:10-11).  He healed “the lame, blind, crippled, mute, and many others” (Matthew 15:30). He praised “a poor widow” who put in “two very small copper coins” into the temple treasury. ” “Truly I tell you, this poor widow has put more into the treasury than all the others. 44 They all gave out of their wealth; but she, out of her poverty, put in everything—all she had to live on.”

Jesus asked, “Are not two sparrows sold for a farthing? and one of them shall not fall on the ground without your Father” (Matthew 10:29); “Which of you shall have an ass or an ox fallen into a pit, and will not straightway pull him out on the Sabbath day? (Luke 14:5). (Although Jesus’ animal rights speeches and acts as recorded in the canonical Gospels were probably tampered with by Paul’s carnivorous gentile Christianity camp, some fragments of Jesus’ love for innocent animals like those aforementioned survive in them.)

Most impressive of all is a narrative from a Coptic fragment, of unknown background but definitely from ancient times. It merits quoting in full: “It happened that the Lord left the city and walked with his disciples over the mountains. And they came to a mountain, and the road which led up it was steep. There they found a man with a pack-mule. But the animal had fallen, because the man had loaded it too heavily, and now he beat it, so that it was bleeding. And Jesus came to him and said, ‘Man, why do you beat your animal? Do you not see that it is too weak for its burden, and do you not know that it suffers pains?’ But the man answered and said, ‘What is that to you? I may beat it as much as I please, since it is my property, and I bought it for a good sum of money. Ask those who are with you, for they know me and they know about this.’ And some of the disciples said, ‘Yes, Lord, it is as he says. We have seen how he bought it.’ But they Lord said, ‘Do you then not see how it bleeds, and do you not hear how it groans and cries out?’ But they answered and said, ‘No, Lord, that it groans and cries out, we do not hear.’ But Jesus was sad and exclaimed, ‘Woe to you, that you do not hear how it complains to the Creator in heaven and cries out for mercy. But threefold woes to him about whom it cries out and complains in its pain.’ And he came up and touched the animal. And it stood up and its wounds were healed. But Jesus said to the man, ‘Now carry on and from now on do not beat it any more, so that you too may find mercy.’ ” (Linzey 2010).

Actually, Jesus died for the cause of animal liberation as well as human liberation. When he drove out from the Holy Temple those vendors who were buying and selling animals for cruel sacrifice (Matthew 21:12), he offended the chief priests and teachers of the law, for the reason that he was disrupting their revenue stream. Immediately afterwards, “the chief priests and the teachers of the law heard about this and began looking for a way to kill him, for they feared him because the whole crowd was amazed at his teachings.”(Mark 11:18)

Ultimately, on the Cross, Jesus took upon himself all the pains, sufferings and deaths of all sentient creatures, animals and humans alike, and transcended them. And as put by Elizabeth Johnson (2015), Jesus’s “resurrection offers hope of redemption for all flesh”, including both animals and humans. The whole “groaning” “creation itself will be liberated from its bondage to decay” (Romans 8: 19-22 NIV). ” For God was pleased to have all his fullness dwell in him [Jesus Christ], and through him to reconcile to himself all things… by making peace through his blood, shed on the cross” (Colossians 1:19-20 NIV).

Co-operate with God to Liberate Animals

In conclusion, to quote Andrew Linzey (1995) again, the role of Christ’s human followers is “to exercise a self-sacrificial priesthood, after the one High Priest, not just for members of their own species, but for all sentient creatures. The groaning and travailing of fellow creatures requires a species capable  of co-operating with God in the healing and liberating of creation.” And of course, in order to heal and liberate animals, we have to at least go vegan.

No doubt, many a meat-eater will retort and query, “How about Jesus’s ‘Five Loaves and Two Fish’ miracle? Didn’t Jesus eat lamb on Passover and consume fish in front of His disciples after resurrection?……” All these questions are answered in Chapman Chen’s (2021) article, ” Proofs that Jesus was Vegan” and ” “Follow Christ’s Words n Love your Neighbors, includ. Animals.”

Johnson, Elizabeth (2015). Ask the Beasts: Darwin and the God of Love.

Southgate, Christopher (2008). The Groaning of Creation: God, Evolution and the Problem of Evil. 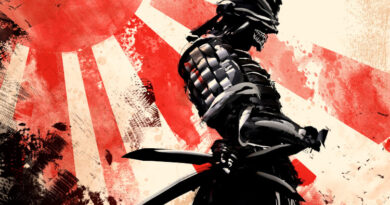