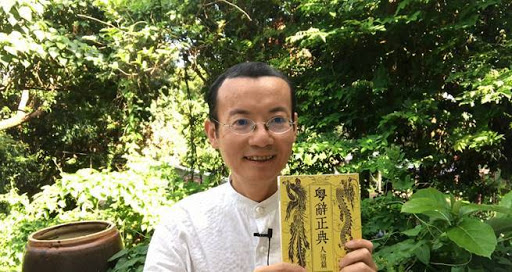 1. A Vegetarian Diet Given for Dominion over Animals

In Genesis 1:28 KJV, “God said unto them, ‘Be fruitful and multiply, and replenish the earth, and subdue it; and have dominion over the fish of the sea, and over the fowl of the air, and over every living thing that moveth upon the earth.’” However, as rightly pointed out by English theologian Revd. Prof. Andrew Linzey (2016), “People always remember that we are given dominion over animals in Genesis chapter one, but they forget that two verses later we are given a vegetarian diet” — “And God said, “See, I have given you every herb that yields seed which is on the face of all the earth, and every tree whose fruit yields seed; to you it shall be for food” (Genesis 1:29 NKJV). This means the animals are not intended by God for our consumption.

God’s compromise to tolerate Noah killing and eating animals (Genesis 9:3) is a consequence of the fall (Linzey 1993), and a contingency plan to cope with the food crisis following the Deluge (Barad 2012). It does not concord with “God’s original intention for there to be harmony, rather than enmity and fear, between human beings and animals” (Halteman 2007) .

So much the more, as explained by Linzey, the permission to kill for food in Genesis 9 is by no means unconditional or absolute; God forbids humans from consuming the blood of the animals they kill!  “But flesh with the life thereof, which is the blood thereof, shall ye not eat” (Genesis 9:4).

“At first sight these qualificatory lines might be seen as obliterating the permission itself. After all, who can take animal life without the shedding of blood? Who can kill without the taking of blood, that is the life itself? In asking these questions we move to the heart of the problem. For the early Hebrews life was symbolized by, and even constituted by, blood itself. To kill was to take blood. And yet it is precisely this permission which is denied,” wrote Linzey.

In other words, God ostensibly allows people to eat meat but in reality sets a unsatisfiable prerequisite, effectively rendering meat-eating “mission impossible,”  with a view to pulling a prank on those greedy, gluttonous, depraved human beings.

All in all, the ideal diet prescribed by God in the Bible is vegetarian and meat-free: “For the Lord your God is bringing you into a good land, a land with flowing streams, with springs and underground waters, a land of wheat and barley, of vines and fig trees and pomegranates, a land of olive trees and honey, a land where you may eat bread without scarcity… you shall eat your fill and bless the Lord your God…” (See also similar descriptions in Jeremiah 29:5, Amos 9:14, Hosea 2:22).

2. Humans are Supposed by God to Take Care of the Animals as a Steward

Moreover, as pointed out by Nathan Porter (2020), “God commissioned Adam to name the animals – a covenant-establishing act between humanity and other creatures that recalls God’s naming of Adam, Abraham, Sarah, and Israel, marking them out as recipients of blessing rather than as objects to be dominated.”

Thus, “Humans have “dominion” over animals. But that “dominion” (radah in Hebrew) does not mean despotism, rather we are set over creation to care for what God has made and to treasure God’s own treasures” (Andrew Linzey 2009, Creatures of the Same God). “Dominion understood in this sense means not despotism but responsibility or ‘stewardship.’” (Andrew Linzey 2016 Christian Theology and Animal Rights)

Just imagine the following scenario: Before a house owner departs for a business trip, he entrusts his house together with all his beloved animals in it to the care of his steward. And when he comes back, he finds most of the animals tortured, raped, exploited, slaughtered and consumed. What do you think the house owner will do? Of course, he will flame up and punish the steward most severely.

3. God Made His Covenant with the Animals

As put by Halteman (2007), “Noah’s rescue mission demonstrates God’s care for the animals and clearly demonstrates that God’s covenant extends to all living things.”

In Genesis 9:8-17, God again and again stressed that he made his covenant with not only humans but also other animals, which means that the animals are to be esteemed and cared for!

4. God has Compassion for All Sentient Creatures!

According to Halteman 2007, “‘Dominion’ (Genesis 1:26-28) does not mean: license to kill and consume (Gen. 1:29-30), but rather: to care for creation in accordance with the divine image—without exploitation, violence, and oppression. The image of God would serve as a pattern for our “dominion.” This dominion would entail protection, not domination”.

5. Animals are our Folk

Another reason why we should take care of other animals is because they are our brothers and sisters on account of their possessing a soul.

In the first creation story man and woman are created in God’s image. But it also tells us that animals have a soul. In Genesis 1:30 (KJV) it reads,

Hebrew for the phrase “life” in the verse above is “nephesh chayyah “, which is mistranslated as “life” in most English versions of the Bible.

Nephesh means soul and chayyah means living. In other words, God did give the animals a living soul when He created them.

Thus the animals are sentient, i.e., able to look for physical pleasure and to stay away from physical pain; to yearn to go on living, endeavoring to shun death and to able to experience various emotions. Subsequently, God created man and breathed into his nostrils the same “breath of life”, “nephesh chayyah”, (Gen.2:7) which is the living soul.

By reason of this commonality of possessing a living soul the animals are also our brothers and sisters to be loved by us. (Elizabeth Farians, Ph D., APE – Animals, People and the Earth (Presentation at the 2009 Animal Rights Conference)

6. Jesus Sided with the Marginalized

Jesus always took the side of the downtrodden and marginalized. And who would be more marginalized and downtrodden than the trillions of animals who are crammed into small cages, tortured, exploited, raped, abused, humiliated, and slaughtered every year?!

Admittedly, many animals, like cows, horses and monkeys, are physically stronger and more agile than humans. But, in the face of humans’ technology, guns, electric rods, trucks, and, above all, cunningness, the animals are simply helpless. Now, the weakest amongst us are deserving of more, not less, moral concern (cf. Linzey 1995). “The King will reply, ‘Truly I tell you, whatever you did for one of the least of these brothers and sisters of mine, you did for me” (Matthew 25:40 NIV).

Examples of Jesus siding with the marginalized, both human and non-human, are plenty. Indeed, Jesus inaugurated his public ministry by citing Isaiah’s liberating promises to the poor, the captives, the blind, and the oppressed (Luke 4:18).

Jesus ate ” with tax collectors and sinners” (Matthew 9:10-11).  He healed “the lame, blind, crippled, mute, and many others” (Matthew 15:30). He praised “a poor widow” who put in “two very small copper coins” into the temple treasury. ” “Truly I tell you, this poor widow has put more into the treasury than all the others. 44 They all gave out of their wealth; but she, out of her poverty, put in everything—all she had to live on.”

Jesus asked, “Are not two sparrows sold for a farthing? and one of them shall not fall on the ground without your Father” (Matthew 10:29); “Which of you shall have an ass or an ox fallen into a pit, and will not straightway pull him out on the Sabbath day? (Luke 14:5). (Although Jesus’ animal rights speeches and acts as recorded in the canonical Gospels were probably tampered with by Paul’s carnivorous gentile Christianity camp, some fragments of Jesus’ love for innocent animals like those aforementioned survive in them.)

Most impressive of all is a narrative from a Coptic fragment, of unknown background but definitely from ancient times. It merits quoting in full: “It happened that the Lord left the city and walked with his disciples over the mountains. And they came to a mountain, and the road which led up it was steep. There they found a man with a pack-mule. But the animal had fallen, because the man had loaded it too heavily, and now he beat it, so that it was bleeding. And Jesus came to him and said, ‘Man, why do you beat your animal? Do you not see that it is too weak for its burden, and do you not know that it suffers pains?’ But the man answered and said, ‘What is that to you? I may beat it as much as I please, since it is my property, and I bought it for a good sum of money. Ask those who are with you, for they know me and they know about this.’ And some of the disciples said, ‘Yes, Lord, it is as he says. We have seen how he bought it.’ But they Lord said, ‘Do you then not see how it bleeds, and do you not hear how it groans and cries out?’ But they answered and said, ‘No, Lord, that it groans and cries out, we do not hear.’ But Jesus was sad and exclaimed, ‘Woe to you, that you do not hear how it complains to the Creator in heaven and cries out for mercy. But threefold woes to him about whom it cries out and complains in its pain.’ And he came up and touched the animal. And it stood up and its wounds were healed. But Jesus said to the man, ‘Now carry on and from now on do not beat it any more, so that you too may find mercy.’ ” (Linzey 2010).

Actually, Jesus died for the cause of animal liberation as well as human liberation. When he drove out from the Holy Temple those vendors who were buying and selling animals for cruel sacrifice (Matthew 21:12), he offended the chief priests and teachers of the law, for the reason that he was disrupting their revenue stream. Immediately afterwards, “the chief priests and the teachers of the law heard about this and began looking for a way to kill him, for they feared him because the whole crowd was amazed at his teachings.”(Mark 11:18)

Ultimately, on the Cross, Jesus took upon himself all the pains, sufferings and deaths of all sentient creatures, animals and humans alike, and transcended them. What Jesus experienced as an individual on the cross represents “incarnation of God’s ubiquitous presence in the psyches of all creatures victimized by predation, injustice, or despair” (Peters 2018), And as put by Elizabeth Johnson (2015), Jesus’s “resurrection offers hope of redemption for all flesh”, including both animals and humans. The whole “groaning” “creation itself will be liberated from its bondage to decay” (Romans 8: 19-22 NIV). ” For God was pleased to have all his fullness dwell in him [Jesus Christ], and through him to reconcile to himself all things… by making peace through his blood, shed on the cross” (Colossians 1:19-20 NIV).

10. Co-operate with God to Liberate Animals

In conclusion, to quote Andrew Linzey (1995) again, the role of Christ’s human followers is “to exercise a self-sacrificial priesthood, after the one High Priest, not just for members of their own species, but for all sentient creatures. The groaning and travailing of fellow creatures requires a species capable  of co-operating with God in the healing and liberating of creation.” And of course, in order to heal and liberate animals, we have to at least go vegan.

No doubt, many a meat-eater will retort and query, “How about Jesus’s ‘Five Loaves and Two Fish’ miracle? Didn’t Jesus eat lamb on Passover and consume fish in front of His disciples after resurrection?……” All these questions are answered in Chapman Chen’s (2021) articles, ” Proofs that Jesus was Vegan” and ” “Follow Christ’s Words n Love your Neighbors, includ. Animals.”

Chen, Chapman (2021). “Which One was Vegan? Cain or Abel?” July 20, HKBNews (https://www.hkbnews.net/post/which-one-was-vegan-cain-or-abel-by-chapman-chen-hkbnews) 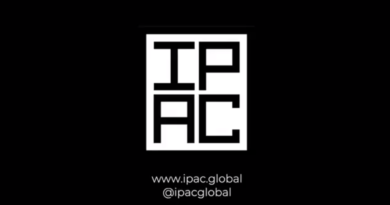 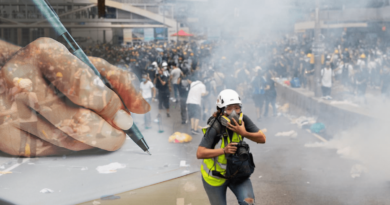 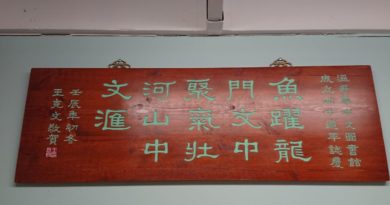